The brief I had written myself was a magazine editorial about the lives of different women in the 21st Century... and this week it was featuring a working Mum... 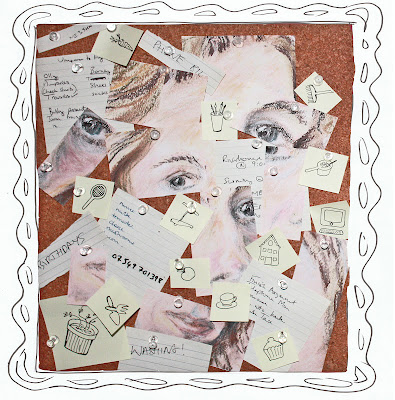 Monday - trying to remember everything for the week ahead 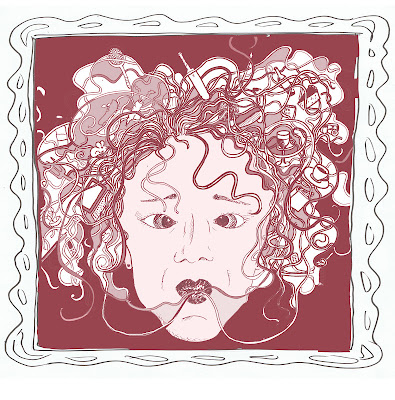 Tuesday - getting in a muddle - spaghetti head 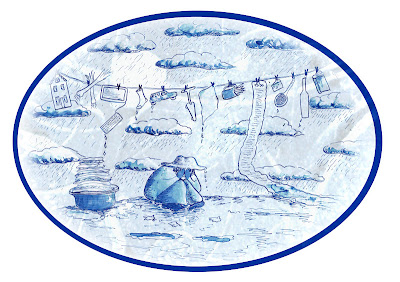 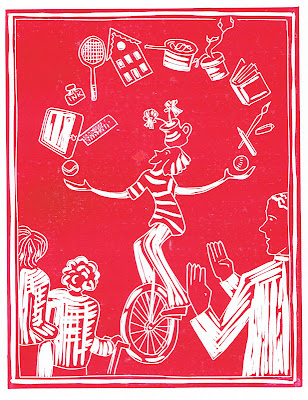 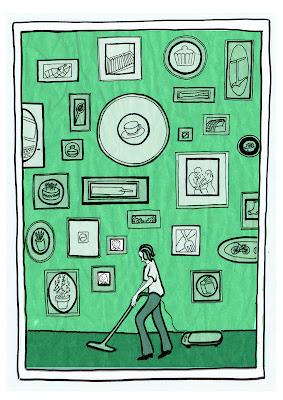 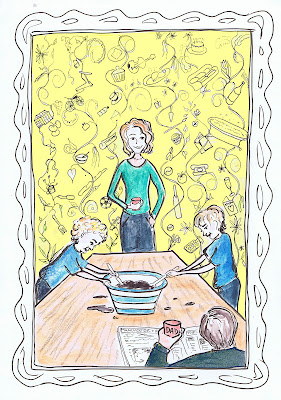 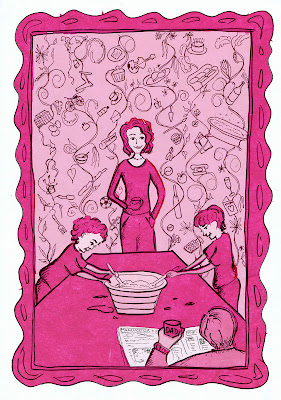 Conclusions
I think that the brief I gave myself was not particularly helpful.  In the final analysis, the series of illustrations just about hang together with the help of framing devices and the icons. Having said that, Monday and Thursday are definitely different stylistically to the others and perhaps in retrospect I should either have gone for the same style for each day, or opted for totally different styles. Initially I was intending to make them all very different according to the overarching mood of the day, but actually they have mostly come out quite similar to each other. I am not sure how this would play out in an editorial of a magazine, perhaps some of the images are too detailed, and in some the detail is too small. I think that the colour choices work out ok, and evoke the sentiments that I was after. I rather wish that I had chosen a different brief for myself, but it's a bit too late for that now!! It's a shame, the result is not as good as I would have hoped for my final piece of work on this course.